Farewell summer of sport 2019, you were truly one for the ages | Sean Ingle

An enthralling Ashes sequence, Megan Rapinoe and Coco Gauff made this summer stand out and supplied sweetened comfort from the bitter racial and political war 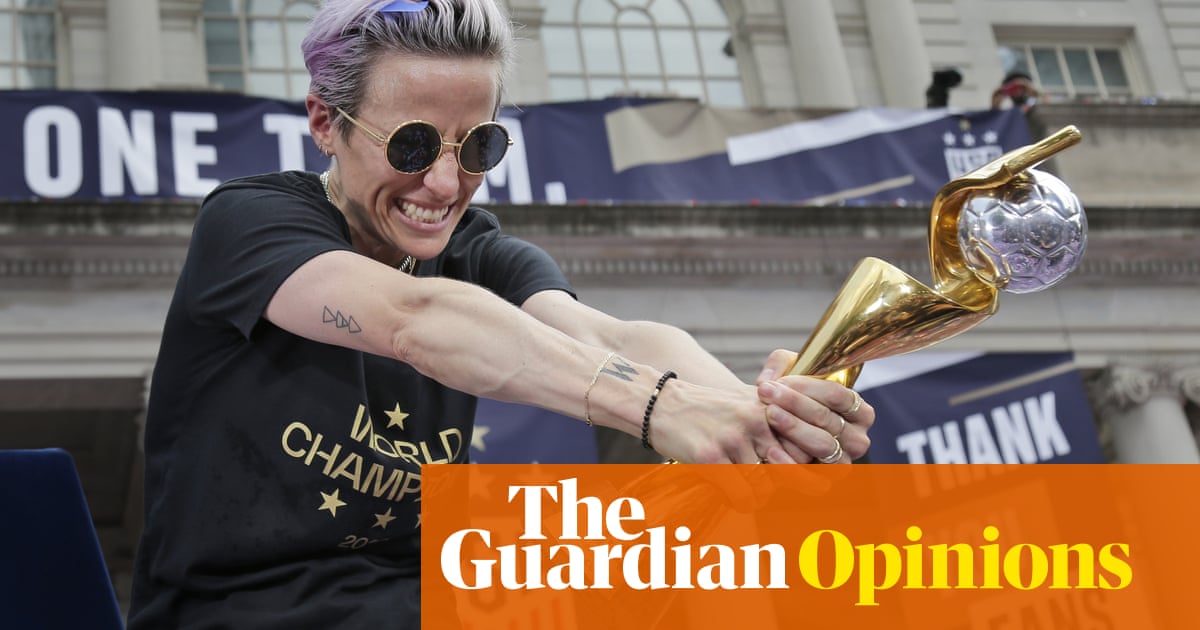 So, farewell then to this glorious and elongated time of athletic, which has fascinated and enthralled ever since the clocks bounced forward. Rightfully, you were one of the most beautiful. Lord’s 2019 is already shorthand for the greatest one-day cricket match in record. Wimbledon helped up its longest and most dramatic men’s final ever and inserted tennis’s most dazzling talent in more than a decade, Coco Gauff , to the world. Meanwhile the Women’s World cup finals crushed considering records and rust-encrusted preconceptions, while the Ashes embedded itself deeper into the public’s consciousness than at any time since 2005.

Yet that was scarcely half of it. Will we ever forget Megan Rapinoe frequently sticking it to Donald Trump or the USA women’s football team win the World Cup while engaging in confrontation with their own federation in a bid to be paid as much as their less successful male counterparts? Or, come to think of it, Kane Williamson’s remarkable sportsmanship after the cricketing divinities had plotted against New Zealand when a shy to the wicketkeeper on the third largest last-place its implementation of the Cricket World Cup clunked off Ben Stokes’s bat and ran away to the boundary, turning a likely succes into eventual defeat?

And then, as a predecessor to the marvelous time, there was Tiger Woods, who somehow refused the multiple spinal surgeries, serious knee issues and the quotation of time to win his first major in 11 times on a hysterical Sunday at Augusta . Many calculated it was the greatest comeback in history- although it is difficult to dismiss Niki Lauda’s fourth target finish at Monza in 1976 six weeks after half his face was scorched when his Ferrari burst into flames.

There was something else, too. In an age of weariness and wilfulness, mistrust in our politicians and political procedures, of wearying fractiousness and forgery news, boast repeatedly stipulated sweetened relief.

There are antecedents for this, notably in 1934 when, as Robert Winder’s fine book, Half-Time, points out,” the simplicities of sport” became very appealing in a year when 50,000 marchers intersected in Hyde Park to protest against poverty and unemployment, Hitler was murdering connoisseurs of the Nazi regime and” the frightful silhouettes of new beasts were shading the public discourse as entangled doctrines about war, agreement, social progress and imperial deterioration squabbled in the shadow “.

It was against this backdrop that Fred Perry became Wimbledon’s firstly English men’s champion for 25 years, Hedley Verity bowled England to win against Australia at Lord’s with chassis of fifteen wickets for 104 and Henry Cotton, having been recommended a nutrition of minced steak, carrots and red wine while recuperating from stomach abscess in Biarritz, acquired his health and golf game in better mold than for years as he prevailed his first Open.

Such was Britain’s boast success in 1934, incidentally, that the New York Times even ranged a piece,” Bully for John Bull” claim:” It’s about time they proclaimed a Bank Holiday over there, to celebrate the comeback of Great Britain in sports !” However Winston Churchill was less blinded to the realities elsewhere, writing a week after Perry’s victory:” I gape with wonder upon the thoughtless audiences disporting themselves in the summer sunshine. All the while, across the North Sea, a painful process is astir. Germany is arming .”

There have been great British sporting summers since then, most notably in 2012 when an unprecedented gathering of Olympic ribbons was must be accompanied by a deluge of think-pieces acclaiming how open-facing these isles has now become. True, in London that summer everyone seemed to carry a permanent smile on their face, as if serotonin has been gushed into the water supply. But, with Britain in a permanent territory of culture civil crusade, those daylights now seem like a mirage.

Seven years on it is also harder to trust what we considered in recognition of the fact that 132 players who rivalled at London 2012 have now been disqualified for performance-enhancing treats- while Richard McLaren, the Canadian solicitor who probed Russia doping, has suggested that those Games were” distorted on an unprecedented level “. Meanwhile Sir Bradley Wiggins and Sir Mo Farah, two of the British suns of the Olympics , no longer carry quite the same sheen, either afforded Wiggins has faced questions over therapeutic operation exemptions and puzzle bundles while Farah’s onetime manager, Alberto Salazar, remains under investigation by the US Anti-Doping Agency- although both men deny any wrongdoing.

At least in 2019 we know we have flawed heroes for these shortcoming goes. Anyone who has read Jeff Benedict and Armen Keteyian’s brilliant biography of Tiger Woods is common knowledge that for years off the course he was the living epitome of Philip Larkin’s This be the Verse. His father really did fuck him up, at least emotionally. And while Steve Smith has batted with a sustained clevernes rarely insured since the working day of Bradman and Brilliantine, he has been repeatedly reminded of his past misdemeanors every time he steps to the crease. Stokes, which is able to rightly prevail the 2019 BBC Sports Personality of the Year, has also faced commotion of his own.

This year we were also fortunate enough to continue to witness three of the all-time greats- Groves, Roger Federer and Serena Williams- still frenzy against the dying of the light while others, such as Jofra Archer and Rose Lavelle, activated into ignite. It certainly was one of the great summertimes of boast. Alas now, with the Ashes over and the nights drawing in, all we have left are our remembrances. But what memories.