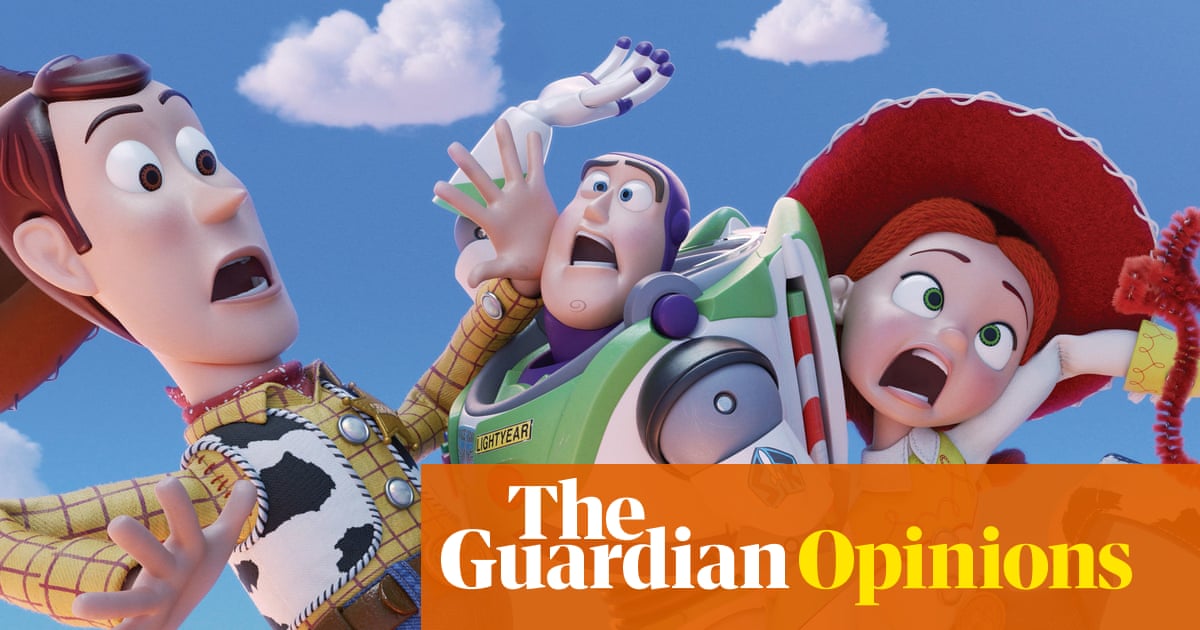 Last week Mattel announced the launch of a Ziggy Stardust-inspired Barbie. Yet the number of seven-year-olds saving up their weekly pocket money to splurge on 40-worth of David Bowie-inspired plastic is probably limited. The intended demographic is more likely to be the current darlings of the marketing world: millennials.

A few weeks ago I took my nine-year-old daughter Maisie to see Toy Story 4. Some of the audience sniggered and guffawed at actors Keegan-Michael Key and Jordan Peeles fluffy comedy duo, Ducky and Bunny, and nodded sagely at Forky finding himself. But what I didnt hear were any children laughing odd when you consider the supposed target audience for a Disney film. When we left the theatre, Maisie pithily commented, Well that was trash.

While her critique may have been a little harsh, its also understandable. From her point of view, there was nothing in it for her. It featured a comedy duo shes never heard of, an existential crisis she doesnt relate to and a love story that shes not interested in. Originally Pixar, which produced the film for Disney, made films for kids that included a subtext consisting of references and jokes to keep parents interested. Somewhere along the line, that subtext went from background to foreground as the focus changed from children to millennials.

The live-action remakes of Disneys Aladdin and Dumbo show a similar problem. Maisie once watched the original animated version of Aladdin five-and-a-half times in one day (I was ill, cut me some slack) and yet about 90 minutes into the latest Aladdin film, which runs 40 minutes longer than the original, she leaned over and asked if it was ever going to end.

So why are an increasing number of toy, game and entertainment companies diverting their focus, and more importantly, marketing spends, away from children and towards 22- to 37-year-olds? From 40 Barbies to 395 Coach Dumbo sweatshirts, 225 Harry Potter World tickets, and a complete adult Asos Lion King collaboration. If you want to create products for millennials, fine. But not at the expense of the current generation of children.

Todays kids are being fed a constant diet of rehashed, unoriginal sequels that are not even made for them because its more profitable to pass them over for younger adults with more disposable income than cash-strapped families and tooth-fairy-money banking toddlers. This robs children of the opportunity to grow up falling in love with new characters that are truly their own. Its ironic that millennials, who complain about baby boomers stealing their futures, are themselves culturally cutting off the next generation. In 15 years do we honestly think our children will have been so engaged with our beloved recycled characters that theyll be flocking to the cinema to see Toy Story 9 with Woody and Buzz kicking back at the toy equivalent of Shady Acres retirement home?

As someone who sits in the space between the end of Gen X and the beginning of the millennial generation, I get it: modern life is hard. Unable to fulfill the traditional markers of adulthood, a generation is left infantilised by the lack of security. We long to turn away from the drudgery of sky-high rents or politics that do not reflect our values, and return to the comfort of simpler times. I cant get enough of the 80s stylings of my childhood in Stranger Things or the Netflix show Glow (Gorgeous Ladies of Wrestling). Even Chernobyl warms the nostalgic Geiger counter of my heart. If anything, these programmes introduce a whole new audience to a time they didnt directly experience, widening a sense of connection and understanding with a cultural output that is fresh and new.

In an age where digital connection reigns supreme, Netflix sees reading as a threat, and plastic is becoming the devil, were already gifting our children an uncertain and unstable future. Do they also have to put up with substandard entertainment? We all need to take risks and show some creativity, be bold and try something different. In Toy Story 4, Bonnie rejects the toys shes been handed down and makes her own toy out of a spork with its own distinctive voice and take on the world. We all need to be a bit more Bonnie.

Emily Beecher is a writer, producer and creator of The Good Enough Mums Club musical