Vladimir Putin has congratulated Khabib Nurmagomedov on his victory at UFC 229, and sympathised with the fighter over his actions at the end of the bout 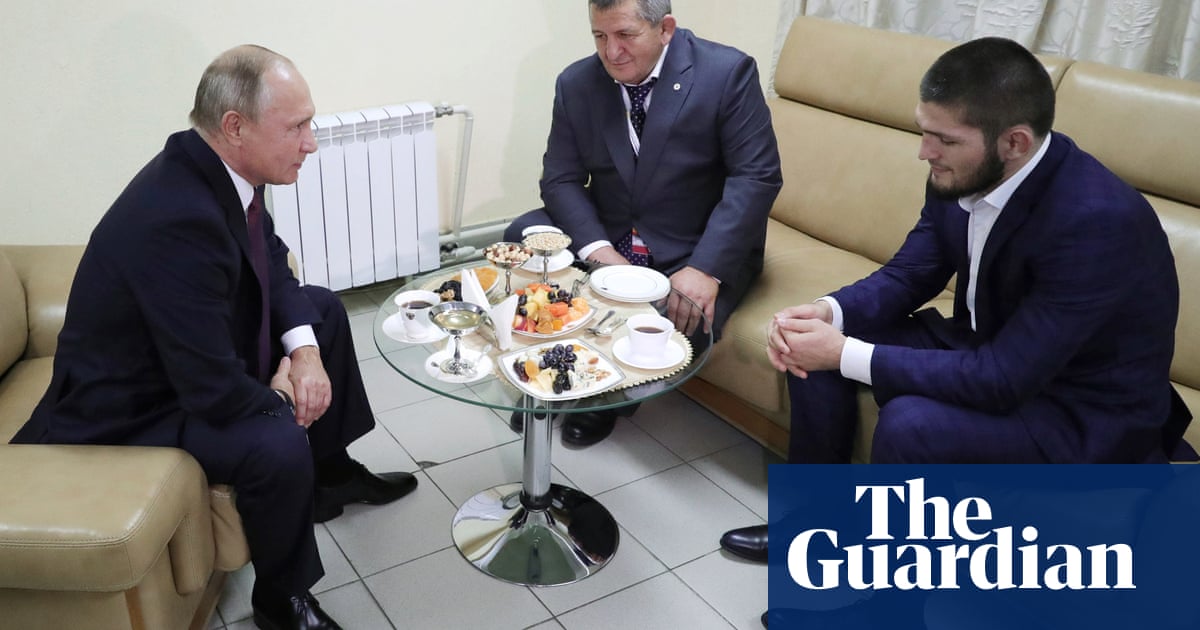 Vladimir Putin has congratulated Khabib Nurmagomedov on his victory over Conor McGregor at UFC 229, and sympathised with the fighter over his actions at the end of the bout.

The Nevada Athletic Commission (NAC) has filed a complaint against Nurmagomedov after he leapt from the octagon and fought with one of McGregors trainers after the fight in Las Vegas on Saturday. Several other men, believed to be members of Nurmagomedovs team, attacked McGregor although the Irishman declined to press charges over the incident.

Putin appeared to reference McGregors behaviour in the build-up to the fight when he met Nurmagomedov on Wednesday. McGregor had previously mocked the Russian fighters father, country and religion. Anyone could have jumped [out of the octagon] in the same way, said Putin. If we are attacked from the outside, not only you, we could all jump in such a way there could be hell to pay. Putin added that its better not to reach that stage.

Nurmagomedov has since apologised for his actions and said his father and trainer, Abdulmanap, would smash me when I get home.

I will ask your father not to punish you too strictly, because you achieved the main task, worthily and convincingly, said Putin.

The NAC could fine and suspend McGregor and Nurmagomedov for their actions on Saturday but UFC president Dana White has not ruled out a rematch, which would be sure to pull in huge revenues.

[Nurmagomedov] has to go before the Nevada commission [after his purse from the fight was withheld due to the brawl], and we have to see whats going to happen with Khabib and this whole mess, White told ESPN on Monday. But Conor McGregor has already called me, wanting a rematch.

Although the UFC have yet release official pay-per-view figures from Saturdays event, White told TMZ on Monday the event did way over two million buys, shattering the promotions record of 1.65m purchases for the UFC 202 card headlined by McGregors rematch with Nate Diaz.

The pay-per-view numbers are starting to roll in, so Im in a much better mood than I was on Saturday, White said. We didnt do three million. But its so hard to crack two million. Even (Mike) Tyson-(Evander) Holyfield was at like 1.995 (million). Things like that didnt crack two million. Were way over two million, so Im happy.