Incredibly, Conor McGregor may profit from his farcical fight with Nurmagomedov

The Irishman helped set the tone for a contest that ended in chaos. But the UFC has always indulged the fighter as long as he continues to deliver money 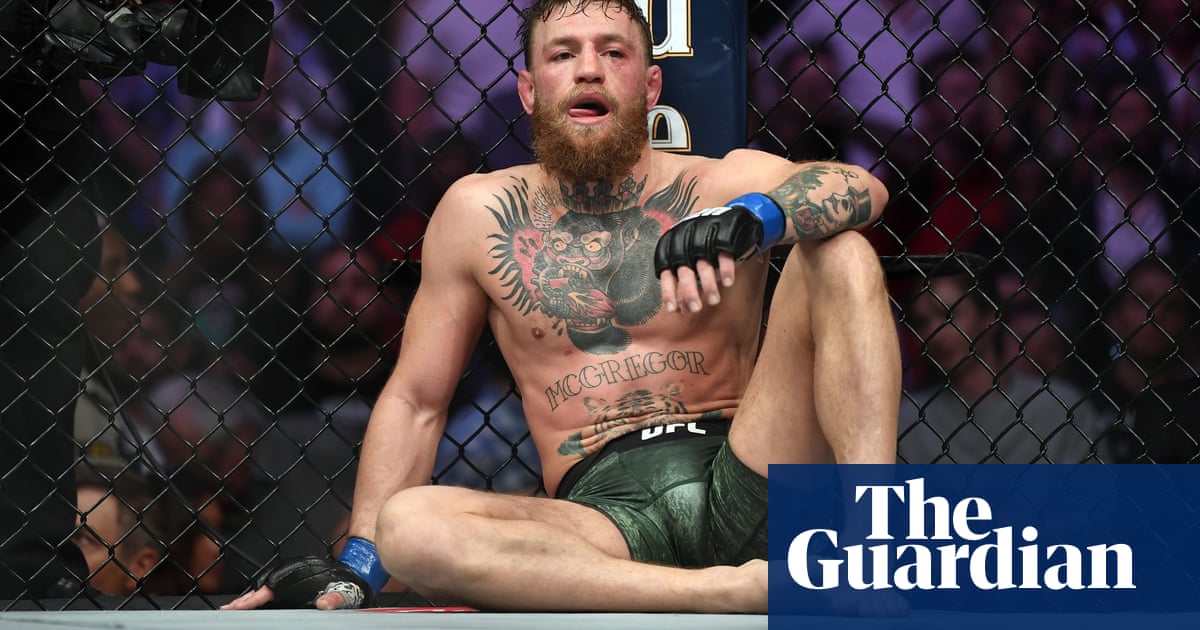 In the last six months, Conor McGregor has faced prison, taunted his opponents religion, country and father, and been comfortably beaten by a superior opponent. Somehow, its plausible to argue he has walked away a winner.

On a night when more people were projected to watch a UFC event than ever before, Khabib Nurmagomedov retained his lightweight title after a dominant performance against the Irishman. However, while Nurmagomedovs in-cage performance was flawless, his post-fight antics tarnished one of the biggest nights in the promotions history.

Moments after clinching the fighting-ending choke and forcing McGregor to tap out, Nurmagomedov scaled the octagon cage and launched himself at McGregors team. A brawl ensued between the two sides, with fans surrounding the scene and police officers attempting to restore order. Three members of Nurmagomedovs team were reportedly arrested for attacking McGregor, though none of their identities have been confirmed. All three were quickly released when it was clear that McGregor had no intention of pressing charges.

While the UFC is unlikely to take responsibility for the brawl on Saturday, it is clear that it helped set the stage for the embarrassing melee through its longstanding endorsement of McGregors promotional antics.

Over the past few years, the UFC has encouraged the Irishmans questionable behaviour and used the McGregor brand to promote their events no matter what the consequences. In the case of UFC 229, it used footage of McGregor attacking a bus at Brooklyns Barclays Center filled with UFC fighters (including Nurmagomedov) to promote the fight and sell pay-per-view subscriptions. The UFC also failed to punish McGregor for the incident a rampage that resulted in two UFC fighters being hospitalized, and left others traumatized.

There is also a case to be made that the UFC allowed McGregor to stoke religious, ethnic, and cultural tensions to promote the fight, something that helped escalate the situation. In the lead-up to the event, McGregor was at the forefront of the attack on the bus, played up the political tension between Chechnya and Dagestan, called Nurmagomedovs father a quivering coward for associating with Chechen dictator Ramzan Kadyrov, and referred to Nurmagomedovs manager as a terrorist snitch. He also called his opponent a backwards cunt when Nurmagomedov a devout Muslim refused to accept a glass of whiskey during a press conference. While none of this is an excuse for Nurmagomedov to attack McGregor and his team after the fight, it may explain why there was such venomous animosity between the two camps.

However, while White was quick to admit that the post-fight brawl was horrific and set mixed martial arts back several years, he rejected the suggestion that the incident could have been avoided.

Whites dismissal of McGregors antics as simple trash talking in the lead-up to a fight of this magnitude emphasizes the UFCs relationship with its star turn. Unlike the majority of the UFC roster, who are subject to the promotions wrath if deemed guilty of any infraction, McGregor can seemingly do no wrong. This was evident in the aftermath of the Brooklyn bus incident, for which McGregor avoided jail time after taking a plea deal. Instead of punishing McGregor for causing one of the most embarrassing moments in UFC history, they awarded him with a six-fight contract, a sponsorship deal for his whisky brand, and a headline slot at one of the biggest events in UFC history.

The UFCs ongoing relationship with McGregor is pivotal to the promotions continued financial success. Four of the UFCs highest-selling PPV events of all time were headlined by the Irishman, and he is the only global star the organisation has to offer since Ronda Rouseys move to WWE. That figure may soon include UFC 229, which means McGregor will be responsible for all five of the UFCs top grossing events. He is a legitimate moneymaker for UFC, and that makes him indispensable for for the organisation.

Not only is it clear that the UFC wont address the concerns surrounding its main cash cow, it seems as though they are incapable of taming the cult of personality that surrounds McGregor. The Irishmans brash charisma and exciting fighting style have elevated him to a global celebrity. The UFC is aware of McGregors leverage and of the legions of fans that hover around him, and will almost certainly continue to do business with the former champion in order to retain that fanbase.

It remains unclear whether Nurmagomedov will be stripped of his UFC lightweight title following his disgraceful actions on Saturday night. White was non-committal when asked during the press conference, instead shifting responsibility onto the athletic commission. Regardless of the outcome, Nurmagomedovs post-fight reaction and subsequent press conference cemented his status as a villain among the majority of MMA fans. It also greatly overshadows his dominant performance against McGregor who, despite all the distractions, is a world-class fighter.

As it stands, McGregors loss is of little significance in the grand scheme of things. To many watching, he will be seen as a sympathetic character despite fuelling the tension in the build-up to the fight. He appeared subdued after the brawl and arguably managed to make himself emerge looking like the more level-headed fighter of the two men. The beating he suffered at the hands of Nurmagomedov now seems like an afterthought.

The Irishman would later break his silence on Twitter by laying the groundwork for the next chapter in the Nurmagmedov-McGregor rivalry. Good knock, McGregor said in his latest tweet. Looking forward to the rematch.

If the money is there, you wouldnt bet against it happening.