Tiger Woods is poised for a return to glory, but will the body accommodate?

Amid a resurgent 2018 campaign, Tiger Woodss greatest challenge may still be his health, as he plays with a lower back held together by plates and screws 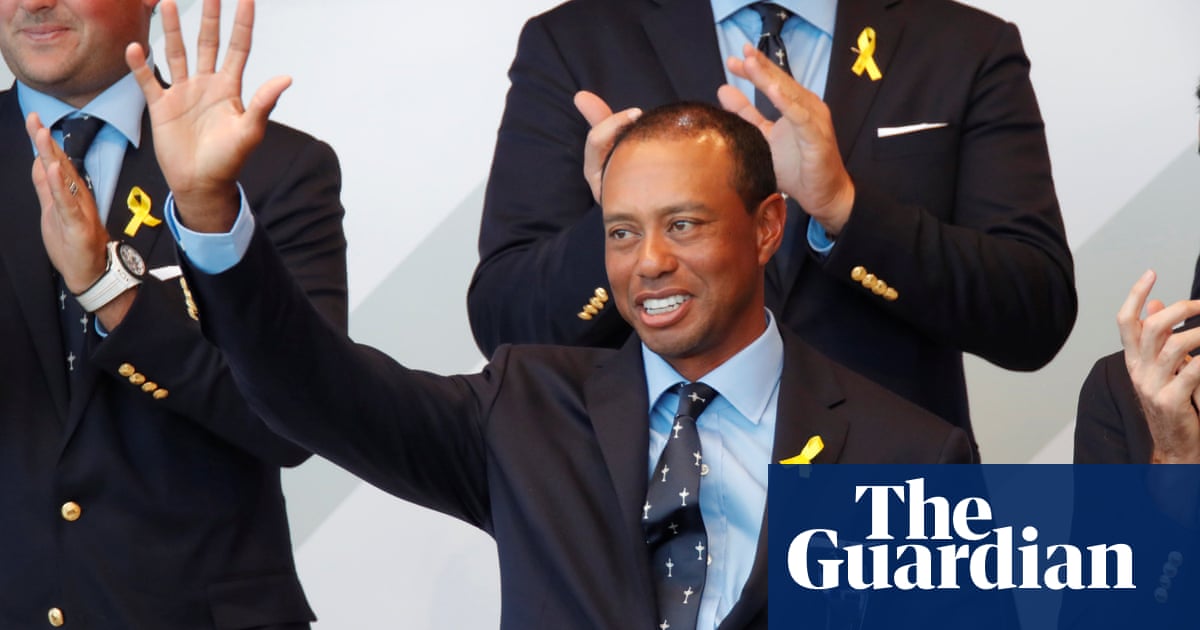 Tiger Woods is back. For the moment at least, with last weeks win at the Tour Championship, he has quieted the demons of the past the injuries, the drugs, the DUI arrest.

Now, with a return to Ryder Cup playing action in France this week, his performance ascendant and his personal life under control, Woodss greatest challenge may still be his health, as he plays with a lower back held together by plates and screws.

Playing a sport not normally associated with a high rate of injury, Woods has a history ACL surgery, four back surgeries, achilles injuries and an MCL sprain more commonly seen in athletes who play contact sports. According to Dr Robert Watkins III, a Los Angeles-based spine surgeon, its those injuries that likely triggered Woodss back problems.

Its the Dizzy Dean effect [a baseball pitcher, Deans injured toe lead him to change his pitching mechanics, causing him arm problems], some guy gets a knee problem, starts favoring the area, and it leads to a back problem, says Watkins, whose patients have included NFL stars Peyton Manning and Rob Gronkowski.

Its plausible that the ACL injury and surgery to Woodss left knee, as well as the achilles and MCL injuries to the same leg, interfered with his ability to transfer weight and generate twist on the leg, transmitting that stress to his back. Because, to hit the ball with the same force, Woods had to generate speed from somewhere else, likely a more extreme coil and release of his hips and back with every swing. That cascade of events likely worsened with disc herniations and subsequent back surgeries further compromising the area.

I think with a past medical history there is less margin for error, a loss of muscle tissue in the legs and back, possible nerve damage, all of those can be risk factors for injury, says Dr Jo Armour Smith, an expert on back injuries and golf at Chapman University in Southern California.

Because, like a pitchers elbow or a skiers knees, a golfers back is both his biggest asset and weakest link, generating the force that hits the ball 300 yards but bearing the stress of each swing.

For the spine, golf can be considered an extreme sport. The twisting, flexing and arching of a golf swing can place a tremendous amount of stress on the lower back. While much of the twisting is performed by the vertebrae of the middle part of the back, the thoracic spine, the stress to the lower back is as high as eight times bodyweight.

Multiply that torque times the thousands of swings a PGA golfer will take in practice and competition and you have the high rate of back problems 35% in amateurs and up to 55% in professional golfers.

This modern swing, termed the one-plane swing by bio-mechanists, is characterized by twisting the torso over a relatively fixed pelvis, coiling the trunk and producing both power and compression of the spinal discs. Increasing this so-called X factor can increase the velocity of the club head, meaning more distance of the tee, but it comes at a cost.

The golf swing is a pretty extreme movement because it combines asymmetrical movement (always swinging the club in the same direction), extreme twisting, and on top of that, the sport is very repetitive. I dont think any other sport replicates that type of extreme motion over and over, says Smith, a researcher at Chapman University.

And like professional baseball pitchers whose arm problems are a result of thousands of throws in Little League, so too can the swings of amateur golf wear down the back over time. Golf puts a lot of stress on the back, especially for those that start at eight or 10 years old, says Watkins.

Because the epidurals, shots, and two micro-discectomies a procedure performed after a herniated disc has placed pressure on nerve roots in the lower back failed to conquer the constant nerve pain that left him unable to perform even basic daily life functions, Woods underwent a spinal fusion surgery.

The fusion procedure (anterior lumbar interbody fusion), performed by Dr Richard Guyer of the Texas Back Institute, replaced the space between the L5 and S1 vertebrae with a bone graft in an attempt to relieve the pressure on the spinal nerves. Though that level of the spine has naturally little rotation, the procedure eliminated future motion in any direction, augmenting the bone graft with rods and screws for internal stabilization.

Though research states that 50% of golfers return to the sport after a lumbar fusion surgery, thats not PGA Golf. The club head speed generated by top golfers Woods still ranks among the tour leaders in that category combined with the repetition required to stay sharp, make for a challenging return.

After Woods procedure, Guyer was optimistic about a return to golf. If you are going to have single-level fusion, the bottom level is the best place for it to occur. Some individuals are born with one less vertebrae, which would be similar to someone who had a single-level fusion.

While emphasizing he was not part of Woods surgery, Watkins agrees that a fusion in the lowest part of the back offers the highest odds of success, in part because the approach maintains the natural shape of the lower back and doesnt compromise the paraspinal muscles. The type of fusion he had was a terrific solution to the problem, L5/S1 is the best one to fuse, he says, If its solid you can return, and, in that perspective, it salvaged a career.

Dr Michael Cole, a bio-mechanist at Australian Catholic University, believes that Woods has made several important alterations to his swing to lessen the stress to his knee and back, likely because of the alleviation of his chronic pain.

First, he (Woods) no longer exhibits the trademark hyperextended spinal position that is often referred to as the reverse C position, but rather he finishes his swing with a much more upright position, says Cole, And second, he also allows his lead foot (left foot) to rotate a little towards the target, ultimately reducing the twisting forces that act on the lower spine.

But Cole also highlights that these changes dont come without a cost. Having said all of that, the performance of a powerful golf swing inevitably involves very large forces that the various structures of the body are required to endure. Although these technique changes may serve to reduce the forces that are placed on Tigers lower back, other structures may be required to endure increased forces to compensate.

He adds, Unfortunately, this is the knifes edge upon which all professional athletes exist; constantly looking to balance their need for an advantage over their competitors with the need to manage the physical stresses that they are placing on their bodies.

While Woods has proven he can again rise to the top of golf, can his body sustain the performance needed to keep in there? Smith is unsure, citing the problems that can occur at other discs after the fusion. In my experience, many feel a lot better right after that surgery but eventually begin to feel symptoms again.

But for now, Woods has been given another chance to establish himself as the greatest golfer of all time. Whatever his future holds, his triumph at the Tour Championship and return to the Ryder Cup required more than just physical ability. Though the Tiger of old was there on Sunday for all to see, the tenacity was even more evident in the effort he put into his rehab and recovery.

Watkins appreciates the difficulty of returning to professional golf after a significant back surgery, and the hard work that it required. I admire his tenacity and work ethic and dedication to his rehab. Its a recovery story, and very inspirational.