Gin, juice and jingoism: are US golf fans the worst in sport?

Golfers on the PGA Tour have complained of hecklers in the crowd in recent months. And American crowds have a long biography of boorishness 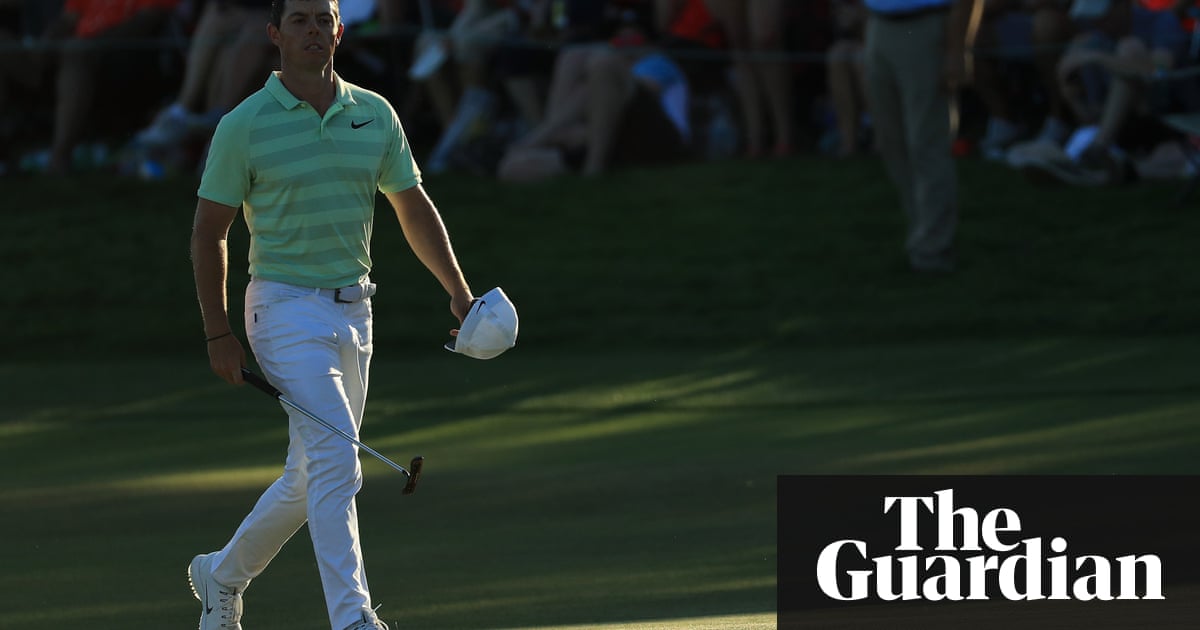 The idea that American golf witness are the worst fans in athletics is barely new, but Rory McIlroy’s headline-grabbing suggestion to limit alcohol auctions at PGA Tour occurrences after the most recent incident of bad demeanor has sat them back in the spotlight. Which one presumes is how the” Get in the hole !” mouth-breathers like it anyway.

Let’s be clear: US golf followers exist in a separate category wholly from the rowdies or ultras who attend boasting phenomena with the express is the subject of committing acts of violence. And the well-lubricated attention-seekers ejaculating” minced potatoes” and “Baba Booey” during actors’ backswings represent a small fraction of the spectators who adhere to, if not the increased better standards of golf etiquette, then a baseline of human decency.

But there’s something unnervingly rotten about the bad apples whose, let’s be honest, predominately white male right takes advantage of and corrodes what utters the sport unique, curdling the experience for the majority.

There are some who might dismiss out of hand the notion of gentlemanly behavior in the modern age. These are occupational hazards for millionaire jocks, they say. Does separating the fairway with a tee shoot involve more stillnes and accumulation than smacking a curveball or taking a penalty? Of route not. And the nonsense of overserved braggarts is hardly limited to golf.

But golf is different than other boasts due to the closenes between the fans and the players. What other play utters the rank-and-file witnes a chance to high-five their hero during tournament? It’s a privilege that has far too often been abused by the knuckle-dragger who makes up to the course, inhales a dozen marked-up Stella Artois before spewing non sequiturs( at best) from the safety of the crowd. It’s clear to any semi-regular commentator of the safarus that something must be done. But it might previously be too late.

Nowhere has the problem been isolated as a uniquely American epidemic than international events like the Ryder Cup and Presidents Cup, where profanities and offends have flown with alarming frequency over the last two years on US soil. Danny Willett’s school-teacher brother didn’t do the then-reigning Masters champion any praises when he propelled a scorched-earth broadside on American devotees ahead of the United States’ succes at Hazeltine in 2016, calling them” cretins … mashed into their cargo shorts and boating shoes ,” and” fatten, stupid, avariciou, classless, bastards … pausing between mouthfuls of hot dog so they can holler’ Baba booey’ until their gelatin faces turn red “.

Harsh, to be sure. But the invective absorbed by Willett over the week that followed did nothing to dispel the characterization and instead accentuated it. The ribald behavior continued at last year’s Presidents Cup, but the trend is hardly limited to the flag-waving jingoism raging at team events where the bar of decorum have traditionally been loosened. The well-documented accountings of players, caddies and family members from the two sides of the pond substantiate the abuse is worse on the American end.

Yet alcohol-fueled boorishness is just as rife at routine tour stops. There was the twit who yelled during Tiger Woods’ backswing on the green at Torrey Pines in January and endless other instances just like it in recent years. The problem is clear as era, but the answer is anything but.

Organizers have leveraged free-flowing booze and flag-waving tribalism to broaden the appeal of their occurrences and contravention the notion of golf as a stodgy enterprise, but at the cost of its own standards of decorum. We’re seeing now they can’t have it both ways.

There’s no putting the genie back in the bottle , not when tournaments like the Waste Management Phoenix Open have leaned into their self-coined honour as the” biggest party in golf” to the theme of record-breaking gather that represent desperately needed antidotes to narratives of the sport’s demise.

The social accommodation, which is reflected across civilization everywhere from political dialogue to the action we treat one another online, might be acceptable if the trend appeared to be holding continuous. But it’s by all metrics getting worse. The PGA Tour’s executive vice president, Ty Votaw, has said a fan can be punished if they squeal when a player is taking a shot- but anything after impact is within the rights of a ticketholder. Never more has the void between what’s legal and what’s right been wider.

Nearly all other eyewitnes sports in America attempt to discourage public drunkenness with formal booze programs. Major League Baseball discontinues brew auctions after the seventh inning, while the NFL and NBA don’t countenance the sale of alcohol after the third largest part. Same weighs at PGA Tour incidents couldn’t kill boorishness completely and might feel like a penalty on the great majority of well-behaved, well-adjusted witness, but they’d do nothing to exacerbate a trend that’s headed in one direction.

Ultimately, it falls on the eyewitness themselves to self-police: like the crowd who zeroed in on Woods’ tormentor at Torrey Pines. That’s a frightening last resort for those with a grasp of human nature, but in times like these it’s all we’ve got.